It’s hard to flip through a magazine without being inundated with gossip about the latest celebrity tuck, plump, stretch or augmentation by plastic surgery. And boob jobs are de rigueur in Tinseltown. So it may be hard for us average girls to love the busts — big, small or somewhere in between — that nature gave us. But loving our body is a key weapon for developing dating confidence — and confidence may be the sexiest attribute there is. So read on and throw those shoulders back to flaunt what you got.

The Pressure for Big Boobs
If you think that the media over-saturates us with images of busty beauties, you’re not mistaken. Even super-babe Keira Knightly isn’t immune from the prejudice against modest mammaries. Studios often insist on digitally enhancing her chest for promotional materials. But, as she told England’s Daily Mail, it’s not only the studios that are in on the game. “I did one magazine and found out you’re not actually allowed to be on a cover in the U.S. without at least a C-cup because it turns people off,” she said. “Apparently they have done market research and found that women want to see no less than a C cup on other women. Isn’t that crazy? So they made my tits bigger for that as well.

Boob Job Blues
About two million women in the United States have breast implants (roughly 1.34 per cent), with 250,000 going under the knife each year, claims the American Society for Aesthetic Plastic Surgery (ASAPS). Comparatively, the Canadian Women’s Health Network reports that 100,000 to 200,000 Canadian women have undergone breast augmentation, which translates into six to 12 of every 1,000.

But a boob job won’t solve everything. Many women have them done only to find out that (physical complications aside) they were happier with their body before the operation. In fact, ASAPS reports that 13 per cent of women who sport a fake set return for a size adjustment or to have them taken out. Take Carmen Electra, for instance. She once told In Touch magazine that her recent ex, rocker Dave Navarro, wanted her to have bulkier breasts, but now that they’ve split, she may have her implants removed. “I would love to. Maybe someday I will,” she said. “I had nice breasts to begin with. I wish I would’ve stayed natural.

Implants can also pose numerous health risks and complications, including oversensitivity and under-sensitivity of the breasts, interference with the detection of breast cancer, painfully tight scar tissues, a higher risk of fibromyalgia and several connective-tissue diseases, an increased likelihood of inadequate milk supply for breastfeeding during motherhood, and even an increased risk of neurological or autoimmune disease.

Bigger Isn’t Necessarily Better
Not only do many women regret altering their breasts with plastic surgery, big knockers don’t really give you an advantage in the dating world. The truth is that men like all types and sizes of boobs. “I can’t stand a huge rack,” says 27-year-old marketing manager Matt. “They don’t feel good in your hands and they just get in the way. I’d take a nice firm handful over a Pamela Anderson monstrosity any day.” For 34-year-old Justin, however, only massive jugs will suffice. “I like to feel like I might suffocate between my girlfriend’s cleavage,” he says.

Say Hello to the Headlights
Whether you prefer to dress up in revealing club gear or dress down in more conservative layers, the key to using what you’ve got to your advantage is opting for outfits that flatter your boobs. If you’re not sure what styles pay compliment to your cahoonas — V-neck, scoop neck, empire waists, stripes, A-line, to name but a few — check out some fashion and celebrity mags and take note of what styles girls with similar breasts are sporting. Don’t forget to accessorize with eye-catching jewelry either attached to your top or hanging on a chain around your neck.

Keep Them Their Perky Best
Loving what you’ve got also entails keeping them looking their best. Since breasts have thinner skin than the rest of your body, keep them supple by moisturizing with a firming cream that stimulates collagen and elastin growth and has UV protection and retinol to prevent wrinkling. Standard spandex sports bras can lose their elasticity after a few washings; better to choose a sturdier bra with underwire and molded cups for weak-kneed workouts.

Speaking of sweating, the area above and between your breasts is filled with oil glands, leaving it prone to blackheads and pimples; so to avoid blemishes, use an absorbent powder and wipe away any oils with antibacterial wipes. And finally, although sleeping facedown won’t deflate your girls, it can gradually cause them to become misshapen, so sleep instead on your side, with a pillow under your breasts for support. 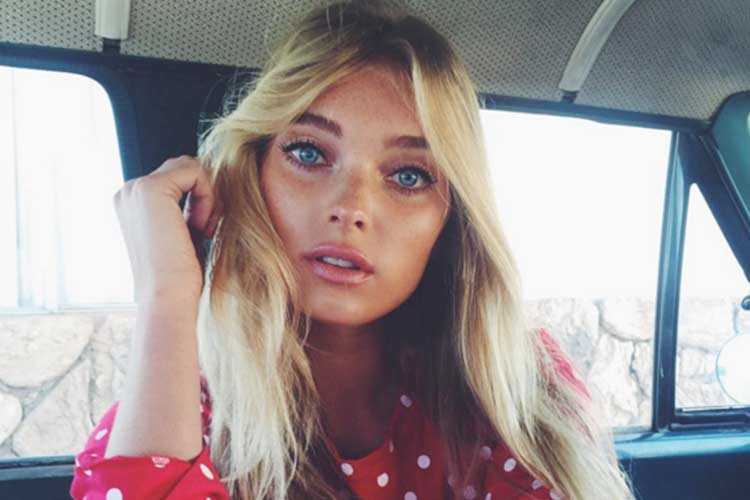 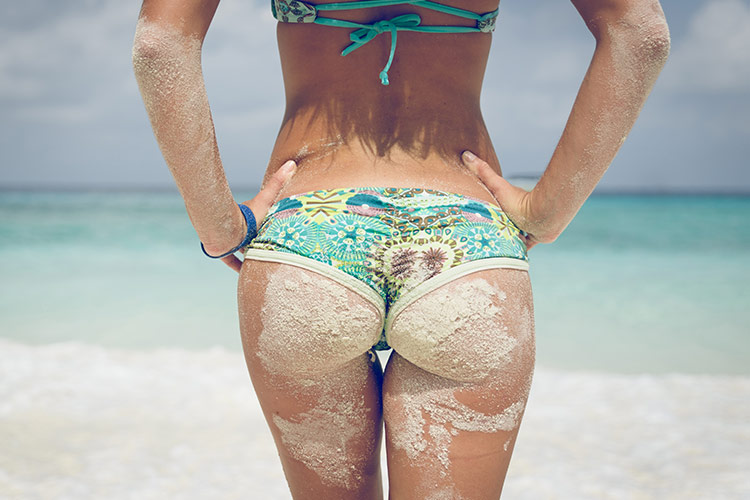 3 Easy Exercises for a Better Butt 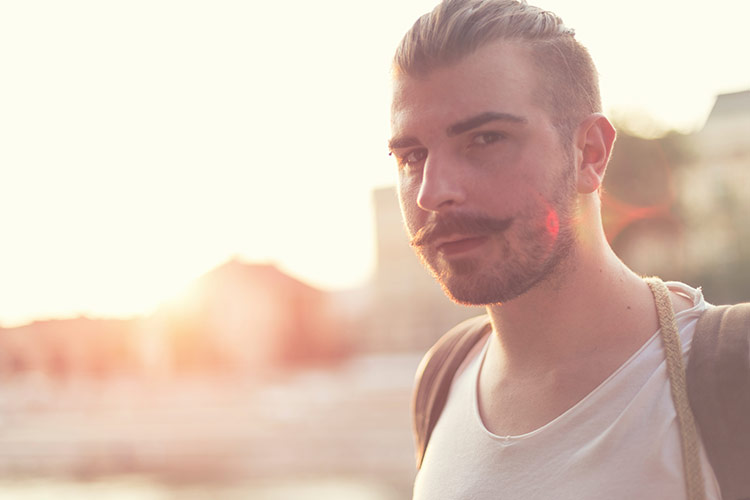 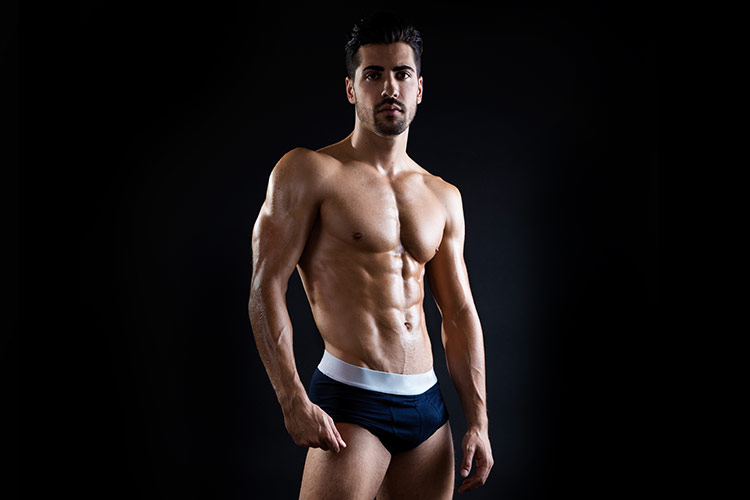 Beauty for Him: 5 Great Finds 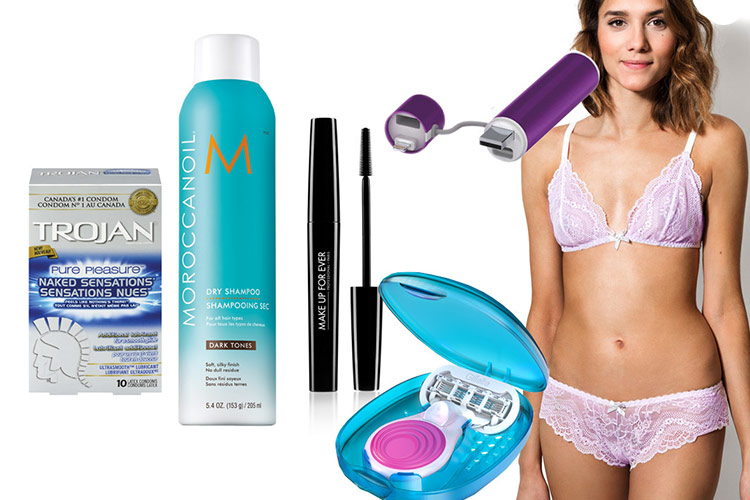 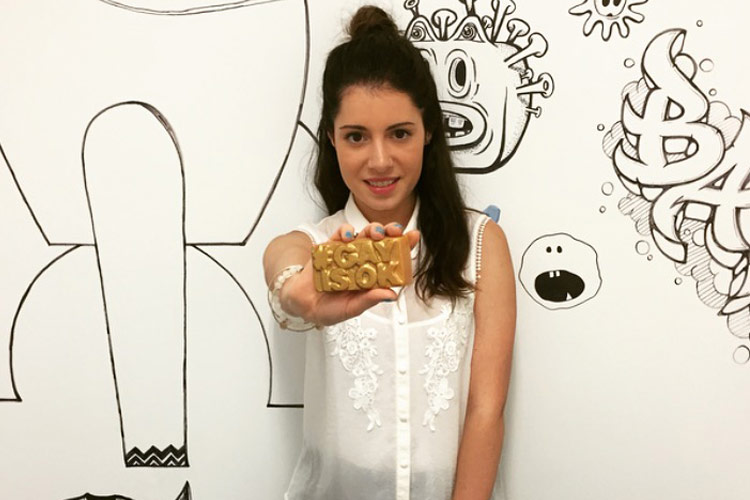 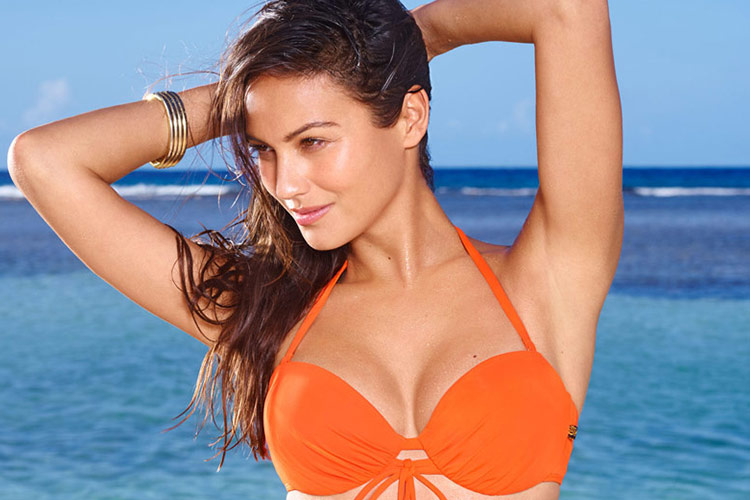 How to Choose the Right Swimsuit to Flatter Your Assets