The release of the popular Fifty Shades of Grey trilogy has gotten everyone talking about erotica. The novels and movie are accessible, have put S&M in the spotlight and, most importantly, have brought domination fantasies into the light of day. Who are these women who secretly dream of being treated like that? Are we all like that? Here are some thoughts on the matter.
A psychological perspective
According to sexologist Émilie Couturier, B.A., fantasies and erotica have something in common: the imagination. “Reading about the subject allows us to satisfy our curiosity without having to try it,” she explained. What is it, what goes on, and why would we like it? In the novels, we discover the practice along with the narrator, Anastasia. Because the novel is fairly softcore, we might see S&M from a different angle. The author, E.L. James, was trying to break taboos and whet readers’ appetites for new sexual fantasies. She was, however, careful not to include scenes that could have been too shocking, thus reaching a wider audience and fans of “mommy porn”.
The story is said to be like a children’s fairy tale involving adult bodies, along the lines of Little Red Riding Hood or Bluebeard. It’s a love story tainted by either the need to please a lover or trying to change someone. The premise of the novels is fairly stereotypical: a wealthy man with everything going for him only has eyes for a fairly regular young woman, offering her luxury, sensuality and, above all, attention. We’ve seen this kind of thing before. What makes the infamous Christian Grey different from his predecessors? His fondness for riding crops, clamps and spankings!
S&M

Nowadays, people talk more about BDSM (bondage, discipline, domination, submission, sadomasochism), which involves sex play incorporating pain. This is, at heart, about role-playing. The dominated person chooses to be so and has control over his or her level of pain, because they can decide to stop at any time. Who would want to engage in this kind of activity? “Someone who has a lot of power and wants a release in the bedroom, or someone who associates passion with some kind of torture. The level of pain is different for each person and can be linked to a previous relationship or past trauma,” explained Couturier. There’s also the feeling of giving pleasure, letting go and being controlled. It isn’t just women who have these desires.

But hold on, this shouldn’t be taken lightly. “Our society is, unfortunately, easily influenced. There has apparently been a spike in sales of whips following the release of the novels. That’s a bit disconcerting because people may be trying out scenes from the novels without adapting them to their own tastes,” explained clinical sexologist Séléna Bergeron. People risk being disappointed, shocked, or worse, doing things they don’t enjoy. “If, however, it awakens fantasies and takes place in a healthy setting, it can be great.”
Is erotica trendy?
These books are being read everywhere, even in public. Is this really a good idea? “These are the first novels of their kind, which incorporate emotion and eroticism as part of the story; women love that. However, according to Bergeron, “intimacy shouldn’t be trivialized and exposed in public”. And if this phenomenon leads to an increase in XXX books? Our advice is that sexuality is a private matter. Maybe think twice about reading it at rush hour on the subway or bus for everyone to see.
Total
0
Shares
Share 0
Tweet 0
Pin it 0

The Layer X OHLALA: Sex Without the Mess

4 Secrets to a More Intense Orgasm 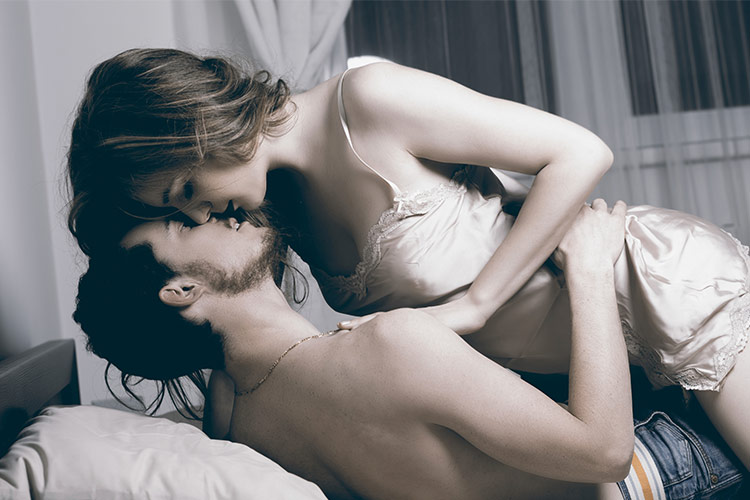 5 Easy Ways to Achieve Sexual Compatibility with Your Partner